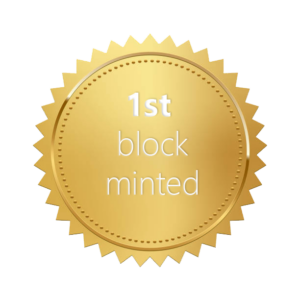 As a single pool operator I won't miss any hours of the day. The servers are online 24 hours a day, 7 days a week, working to get your staking rewards.

Each epoch I donate 25% of MY OWN rewards to a cause against child abuse. No cost you need to worry about. It's on me.

I am highly experienced in IT and I am constantly looking to optimize staking rewards. To earn as much ADA for our members as possible.

What anti child abuse organisation should we donate to this month?

This is such an amazing move by @SundaeSwap. They’ve been criticized for hurting decentralization of #Cardano during their ISPO.

If this is true they just turned the whole table around and could make the network healthier than ever! 🥳

1/4 Fellow SPOs, @SundaeSwap will delegate their smart-contract-locked ADA to pool operators that didn't get elected but got at least 1 vote. This was announced today by @Quantumplation on a Twitter Space.

If you want to provide more Liquidity you can.. but make sure that you know about "impermanent loss" in liquidity providing.

Wondering when the SundaeSwap launch is?

I have created a countdown for us!
http://Xystence.com/SundaeSwap

Pros with staking to a smaller pool

The reason for staking to a pool is to receive rewards in the form of ADA. The goal is to mint a block, which in turn is worth a certain amount of ADA. If a pool mints blocks or not per epoch is purely based on luck. The more ADA that is staked to the pool, the higher the chances to mint a block.

However, when a block is minted, it is distributed amongst the delegators of the pool. This means that if you haven't staked a very high percentage of the amount of ADA staked in the pool, your reward will be very small.

When delegated to a smaller pool, your rewards will be higher. It is only a matter of time until a small pool mints a block, and when it does, your reward will be great.

Example; When we minted our first block we had a total stake of 6,500 ADA. At this level all the delegators received a 6.4% return on their total stake, meaning a delegator with 1,000 ADA received 64 ADA in return during this epoch. A 6.4% ROI is more than the biggest pools generate during a whole YEAR(5%).

NOTE! The standard pool fee(340ADA) is NOT deducted from the delegators if a block is not minted. Your pledge can NOT decrease in size. It can only grow.